In March 2012, I Had a daughter.  Although I didn’t know she was a daughter at the time.  I was only nearing the end of the first trimester. But I knew.

I was extremely sick, as I was with her big brother. But happiness overruled the sick. This was the baby I tried for 5 “long” months and one prior miscarriage.  She liked lemonade and the smell of lemons, I would sit there and smell lemon slices throughout the day and always had a bottle of lemonade on hand.  Her color was yellow.  I knew it.

On March 2nd, I saw her last. Via ultrasound, I was shocked at how big she had grown from the peaceful blinking sparkle in my belly that I was at the last scan. She had arms & legs, a clearly shaped head.

This moment was an extreme source of trauma for me.  3 1/2 years later I can’t think about it without crying. It’s all snippets really… My favorite striped shirt, the crinkle of the white medical paper beneath me, the sight of my broken expression, my red, wet face in the mirror, the sound of sorrow and whatever it was I was crying out over and over again, trying to call my husband with no words. No words.  A nurse comforting me. Scheduling surgery to remove the fetus–no–the baby, the baby had to be removed from my body as my body still believed I was pregnant and wasn’t releasing it. I had the option to take medication to pass the baby naturally, but really, I was too whimpy for that. I wanted drugs. No, I wanted this baby.

The surgery was extremely painful for me.  Others have said it wasn’t for them.  Perhaps it was the emotional part exacerbating the physical.  Perhaps I was too whimpy for that too.  They later told me that it was a “healthy female fetus.”  There was nothing genetically wrong with her.  Me. It was me. There was something wrong on my end, I told myself. With this aftermath came a lot of ups and downs.  I had one more miscarriage followed by months of unsuccessful cycles despite aggressively trying to get pregnant. And month after month left with an empty heart.

What I think made it worse was the realization that those around me 1. Didn’t want to discuss it & 2. Wanted me to “move the fuck on” because “everything happens for a reason” and “it just wasn’t meant to be.”  I can tell you that there are probably many women in the world who might move the fuck on. But I didn’t fall into that category.  I couldn’t because I couldn’t get pregnant for several months after. I’m not sure if an immediate pregnancy would have softened the blow, but an empty womb was tragic echo of my bodies repeated failure.

I really don’t know why society doesn’t want women to grieve pregnancy loss. Maybe it makes them uncomfortable.  Death before birth is a complicated circumstance. And the fact that it’s common doesn’t make it any less tragic. Again and again my grief was belittled by the fact that my baby wasn’t past the first trimester, “atleast it wasn’t later in your pregnancy.”  As if feeling her kicks vs knowing that they were there would have made her life more valuable.  As if any mortal being can truly say when life is considered valid.  Comparing grief is so belittling to my personal struggle.

So when society let me down I found myself in online support groups where I found women going through the same experience as me.  I met women who had experienced miscarriage, stillbirth, women who had decades of infertility under their belts, women who lost infants to SIDS or other complications.  Women who, living amongst us, walked around with the deepest of pain.

I came learn the true strength of a woman, a mother, is unearthed by her weakest moments in grief.  When the life of her child, born or unborn, is threatened or taken.  Because that woman has to get up and keep going, when a part of her is lost and she will never get it back.  Like a stitch in her soul, she will always carry that loss with her, no matter the passage of time.

In August of 2013, I had a son.  This was the moment that had I believed I would discover the purpose of it all.  But it actually made things confusing at first; here was this beautiful little child that I loved insanely, beyond words… and he wouldn’t be here had I never lost the previous pregnancies. Yet, I was still so fucking angry about the everything. Each of these raw emotions were a betrayal of the other.

So here is was I came up with.

The hurt will stay. It’s still sad and will always be sad. I’ve accepted that. But I get it now. I’m greatful for the experience, now knowing how it has shaped me and strengthened me. 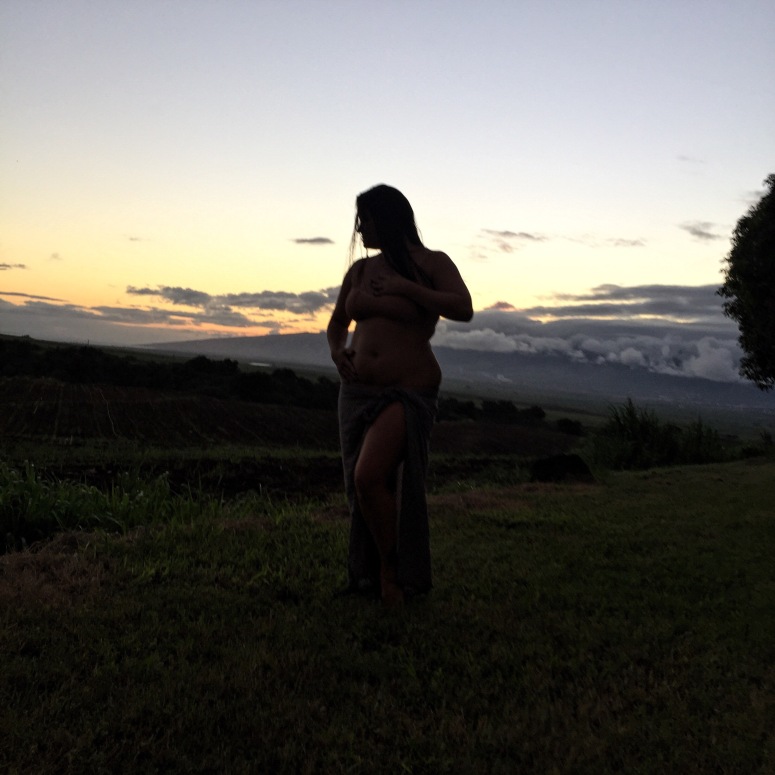 6 thoughts on “I Had a Daughter”